Buddha, also known as Siddhattha Gotama or Siddhārtha Gautama or Buddha Shakyamuni, was a philosopher, mendicant, meditator, spiritual teacher, and religious leader who lived in Ancient India about 400 BC. The Buddha was born into an aristocratic family in the Shakya clan but eventually renounced lay life. According to Buddhist tradition, after several years of meditation he came to understand the mechanism which keeps people trapped in the cycle of rebirth. He then traveled throughout the Ganges plain teaching and building a community of followers. A couple of centuries after his death he came to be known by the title Buddha, which means “Awakened One” or “Enlightened One”. Statues of Buddha or the “enlightened one” were not made until about 2000 years ago. Before that, Buddha was represented by aniconic symbols, like his footprint. In the early Buddhism, showing Buddha as a human was forbidden. 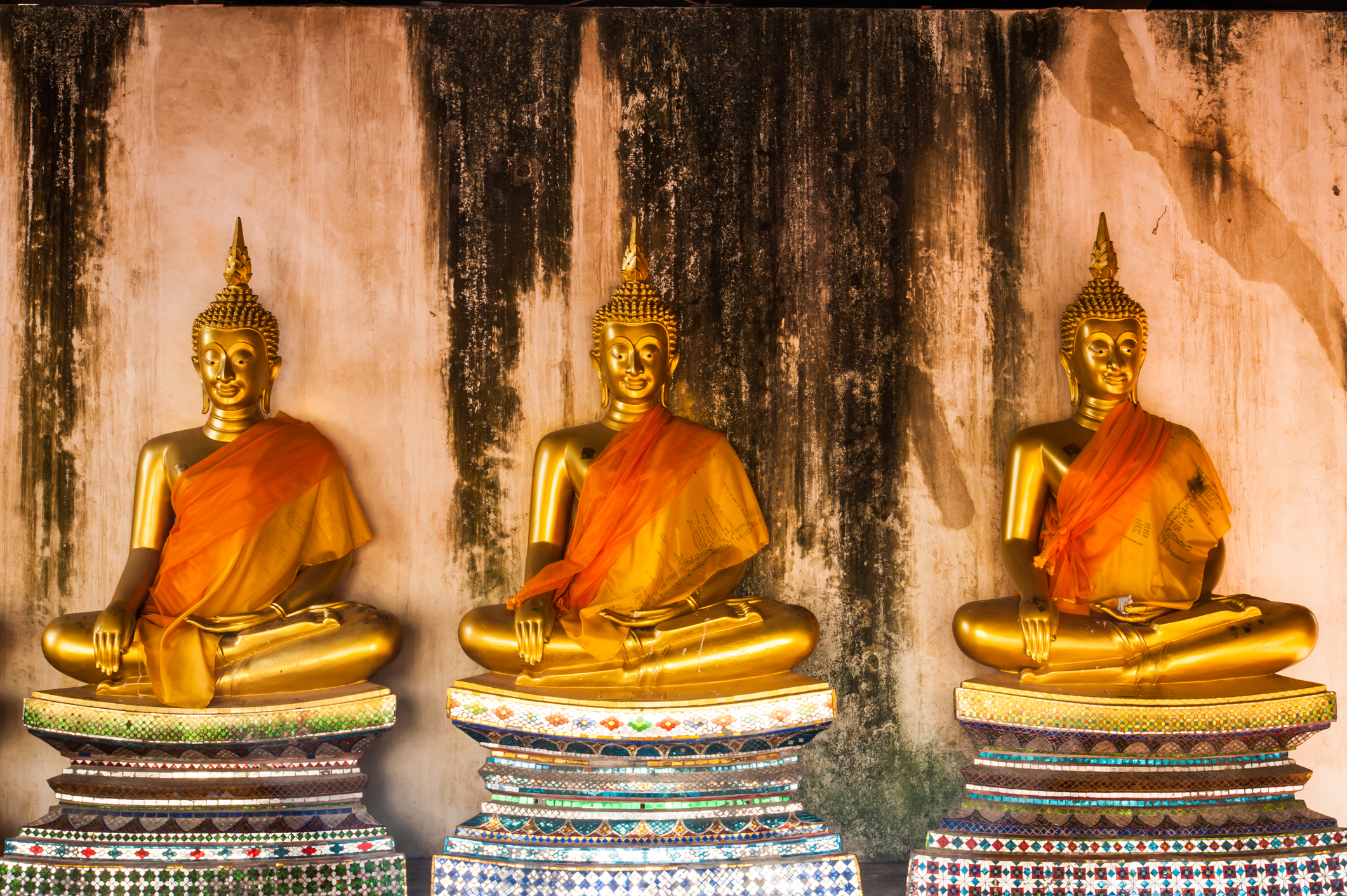