Buddhism encompasses a variety of traditions, beliefs and spiritual practices largely based on original teachings attributed to the Buddha, Siddhārtha Gautama, around 400 BC. It originated in ancient India and spread through much of Asia. Two major extant branches of Buddhism are generally recognized by scholars: Theravāda, the School of the Elders and Mahāyāna, or ‘The Great Vehicle’. The goal of Buddhism is to overcome suffering caused by desire, attachment and ignorance. Most Buddhist traditions emphasize transcending the individual self through the attainment of Nirvana or by following the path of Buddhahood, ending the cycle of death and rebirth. Theravada Buddhism has a widespread following in Sri Lanka and Southeast Asia such as Cambodia, Laos, Myanmar and Thailand. Mahayana, which includes the traditions of Pure Land, Zen, Nichiren Buddhism, Shingon and Tiantai is found throughout East Asia. Vajrayana may be viewed as an aspect of Mahayana Buddhism. Tibetan Buddhism, which preserves the Vajrayana teachings of eighth-century India, is practised in the countries of the Himalayan region, Mongolia, and Kalmykia. 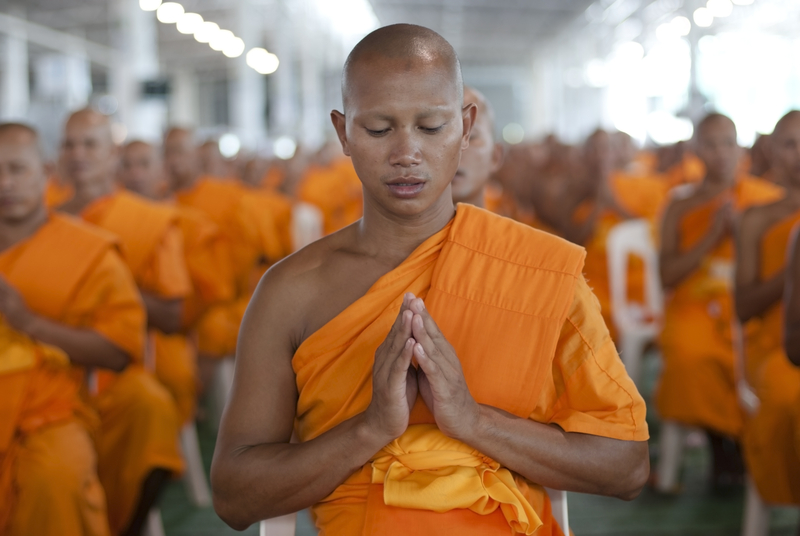