Christianity developed during the 1st century CE as a Jewish Christian sect of Second Temple Judaism. A Jewish Christian community was founded in Jerusalem and Jewish Christianity soon attracted Gentile God-fearers, posing a problem for its Jewish religious outlook, which insisted on close observance of the Jewish commands. Paul the Apostle solved this by insisting that salvation by faith in Christ, and participation in his death and resurrection, sufficed. At first he persecuted the early Christians, but after a conversion experience he preached to the gentiles, and is regarded as having had a formative effect on the emerging Christian identity as separate from Judaism. Eventually, his departure from Jewish customs would result in the establishment of Christianity as an independent religion. 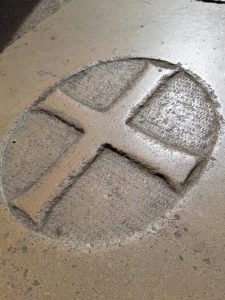