In Tibetan monasteries a kapala is used symbolically to hold bread or dough cakes, torma, and wine instead of blood and flesh as offerings to wrathful deities. The dough cakes are shaped to resemble human eyes, ears and tongues. The kapala is made in the form of a skull, specially collected and prepared. It is elaborately anointed and consecrated before use. The cup is also elaborately decorated and kept in a triangular pedestal. The heavily embossed cup is usually made of silver-gilt bronze with lid shaped like a skull and with a handle made in the form of a thunderbolt. Kapalas are used mainly for esoteric purposes such as rituals. Among the rituals using kapalas are higher tantric meditation to achieve a transcendental state of thought and mind within the shortest possible time; libation to gods and deities to win their favor; by Tibetan Lamas as an offering bowl on the altar, being filled with wine or blood as a gift to the Yidam Deity or all the Deities; and the Vajrayana empowerment ceremony. 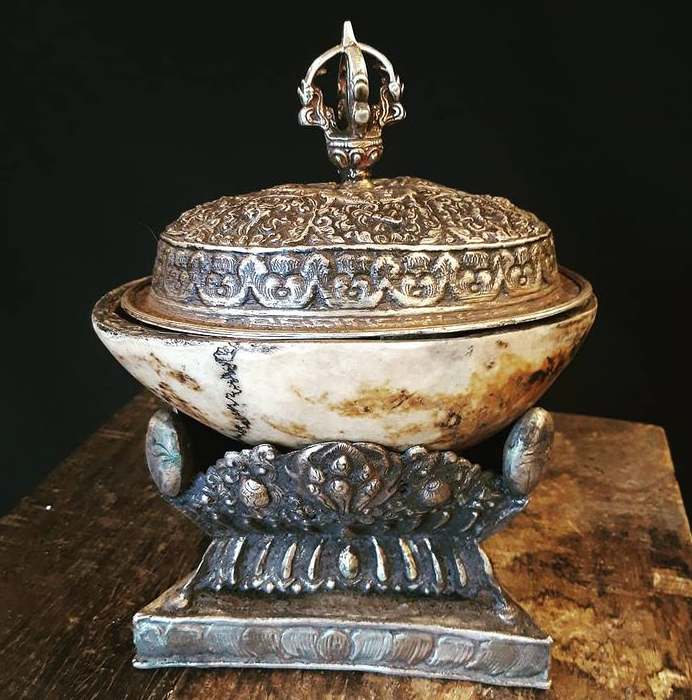 All Buddhistic bones and skulls