Hinduism is an Indian religion and dharma, and has been called the oldest religion in the world It includes a range of philosophies, and is linked by shared concepts, rituals, cosmology, pilgrimage to sacred sites and textual resources. Hinduism prescribes the eternal duties, such as honesty, refraining from injuring living beings, patience, forbearance, self-restraint, virtue, and compassion. Important themes in Hindu beliefs include the four Puruṣārthas, the aims of life; namely, dharma (ethics/duties), artha (prosperity/work), kama (desires/passions) and moksha (liberation/freedom from the cycle of death and rebirth/salvation) as well as karma (action, intent and consequences) and saṃsāra (cycle of death and rebirth). Scholars regard Hinduism as a fusion of Brahmanical orthopraxy with various Indian cultures, having diverse roots and no specific founder, around 500 BC. 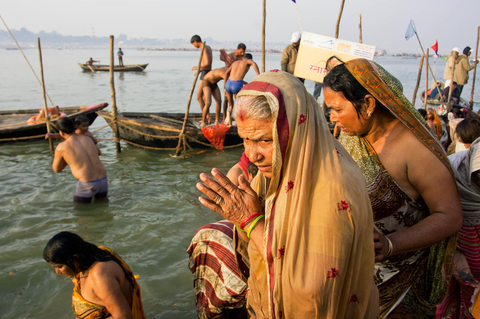