Judaism comprises the collective religious, cultural and legal tradition and civilization of the Jewish people and is considered by religious Jews to be the expression of the covenant that God established with the Children of Israel. It encompasses a wide body of texts, practices, theological positions, and forms of organization. The Torah is part of the larger text known as the Tanakh or the Hebrew Bible, and supplemental oral tradition represented by later texts such as the Midrash and the Talmud. Judaism has its roots as an organized religion in the Middle East during the Bronze Age. It evolved from ancient Israelite religions around 500 BC and is considered one of the oldest monotheistic religions. 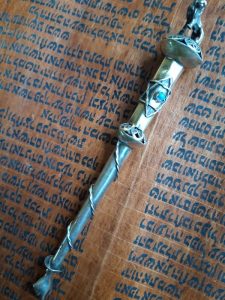