The Ethiopian Orthodox Tewahedo Church is a pre-colonial Christian churche, located in Sub-Saharan Africa. It had been part of the Coptic Church of Alexandria from the first half of the 4th century until 1959, when it was granted autocephaly with its own patriarch by Saint Pope Cyril VI of Alexandria, Pope of the Church of Alexandria. It is one of the oldest Christian churches and Ethiopia is the second country historically to have officially proclaimed Christianity as its state religion (in the 4th century). Tewahedo is a Ge’ez word meaning “united as one” and refers to the belief in the one perfectly unified nature of Christ; i.e., a complete union of the divine and human natures into one nature is self-evident in order to accomplish the divine salvation of humankind. The Ethiopian Church claims that one of its churches is host to the original Ark of the Covenant that Moses carried with the Israelites during the Exodus. Only one priest is allowed into the building and international scholars doubt that the original Ark is truly there. Throughout Ethiopia, Orthodox churches are not considered churches until the local bishop gives them a tabot, a replica of the tablets in the original Ark of the Covenant. 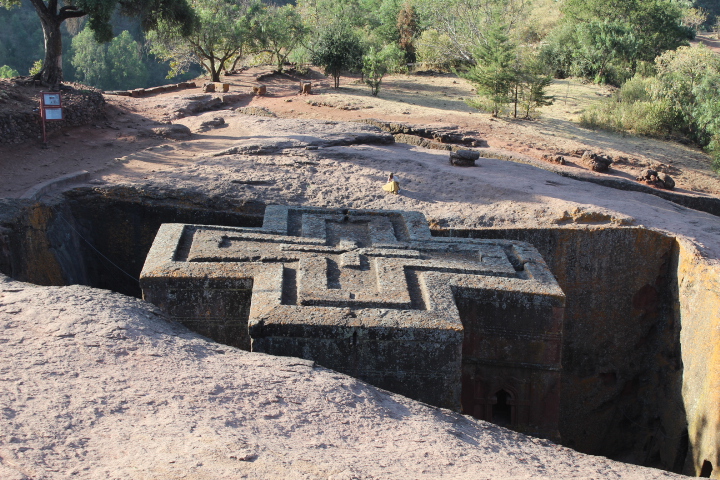